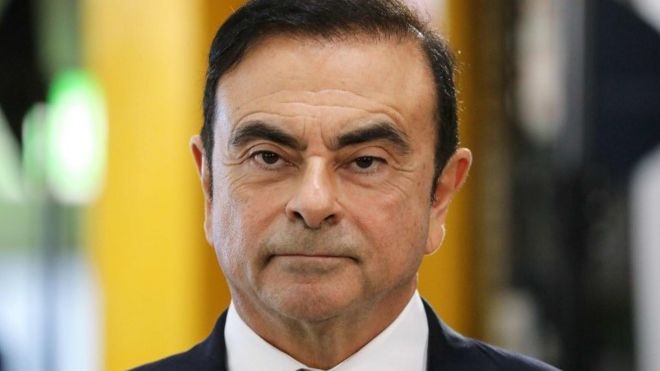 I believe everyone knows Nissan CEO escaped to Lebanon. But do you know the size of stakes by car manufacturers? I guess not just only the scandal of Carlos Ghosn and his huge pay. Government involves in it also.

The downfall of Carlos Ghosn sent shockwaves through the global car industry.

The saga began with his arrest on suspicion of financial misconduct, then he was dismissed from his post as chairman of Japanese car giant Nissan.

Now, in the latest unexpected twist, he has absconded and fled to Lebanon.

The scandal has thrown into doubt the future of the Alliance – a global carmaking group that includes Renault, Nissan and Mitsubishi.

It has also exposed fractures in the very close relationship between Renault and Nissan.

1. The Alliance – three companies acting as a single entity

The Alliance was formed in 1999, when Renault rescued Nissan from the brink of bankruptcy. The French carmaker has a 43% stake in its Japanese partner, while Nissan has a 15% stake in Renault.

In 2016, Mitsubishi was added to the mix. Damaged by scandal and struggling financially, it was effectively bailed out by Nissan, which acquired 34% of its shares.

Today, although the three companies retain distinct identities, they act as a global car grouping. They develop and use common technologies, buy parts from the same suppliers, and are developing systems for building cars from common “modules”. Together they employ more than 450,000 people, and sell more than 10 million vehicles a year.

2. Nissan has grown faster than its partner

Although the three Alliance companies already have very close links, Carlos Ghosn had plans to bring them closer, and in particular to reinforce the already strong links between Renault and Nissan.

The BBC understands that while this would have fallen short of a full merger, with both companies maintaining their separate corporate identities, it might well have involved Renault taking a majority stake in its partner.

This is believed to have caused concern and resentment at Nissan – and looking at the graph below, it is easy to see why. When the partnership between the two was first established, they were building cars at a similar rate.

Afterwards, Renault nearly doubled its output, helped in part by the acquisition of the Russian manufacturer Avtovaz in 2014.

But Nissan grew even more quickly. It now makes nearly six million cars and light vans every year – roughly a third more than Renault. In 2017, it made a profit of $5.8bn and accounted for a sizeable chunk of Renault’s own earnings.

So seen from that perspective, Nissan and its executives could be forgiven for asking why they risked losing status and influence within the Alliance, despite providing the lion’s share of production and profits.

That said, Carlos Ghosn can justifiably claim a great deal of credit for Nissan’s current strength. When he joined the company in 1999, he already enjoyed the nickname “le Cost Killer” in France for his actions at Renault.

He brought a similar ruthlessness to Nissan, closing factories, cutting jobs and transforming the way it operated. As the chart below shows, it was an effective strategy. Operating profits soared and remained high until the financial crisis, when, like other manufacturers, Nissan saw its earnings plummet.

Nissan recovered from the crisis quickly, but since then, the road has been rockier. In recent years, its margins have been hit by declining sales, rising costs and a quality control scandal in Japan. In the six months to the end of October 2018, operating profit fell by a quarter compared with the previous year. So had Mr Ghosn already lost his Midas touch?

4. Mr Ghosn was well paid for his efforts

Nissan claims that Mr Ghosn had been systematically under-reporting his earnings to security regulators and had been misusing company assets for personal benefit. What exactly happened has never been established.

But one thing we can be sure of is that, under-reported or not, he was earning plenty of money. In 2017, he was paid about $17m in salary, share options and bonuses.

In fact, there has been plenty of controversy about his pay packet in the past, but mainly in France, where it has been the subject of an annual showdown with shareholders. Those shareholders include the French state, which voted against his latest package in June 2018.